5 weird side effects of being in a Long Distance relationship

Think being in a long distance relationship isn’t weird enough? Wrong! Just when you thought there couldn’t be more of a reason for people to tilt their heads and look at you funny because your boyfriend lives in Timbuktu..

Here’s 10 really weird side effects that many of us experience as a result of being in a Long Distance Relationship. 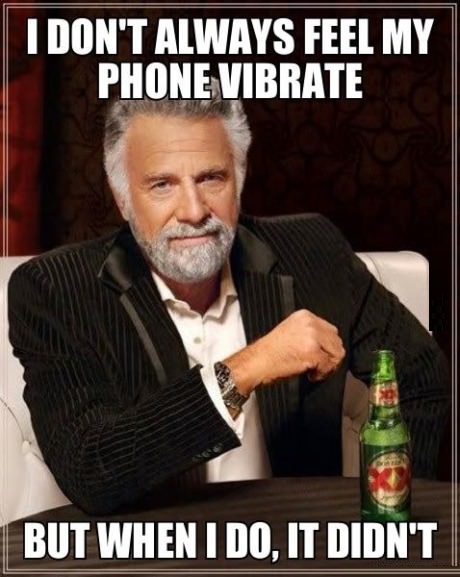 Ever experience a weird buzzing sensation on your person? Like you think your phone is vibrating and you’ve got a text from your sweetie but when you go to check nothing is there! No calls or texts. Not even an email! That’s what they call a “phantom phone vibration.”

Studies have shown that when you take a cellphone away from subjects who use their cellphones a lot (like say, those every-5-minute texts you and your sweetheart exchange all day every day) -they heard or felt fathom vibrations, continuously reached for phones that weren’t there and became fidgety and restless. This particular study was actually comparing it to the same withdrawal symptoms you would expect from DRUG ADDICTION.

Another study showed that these faux vibrations were experienced by 68% of the people surveyed, with 87% of those feeling them weekly, and 13% actually felt them daily. Some of us have even gone psychic and are able to ‘feel’ a text message coming right before we receive it. Freaky right? 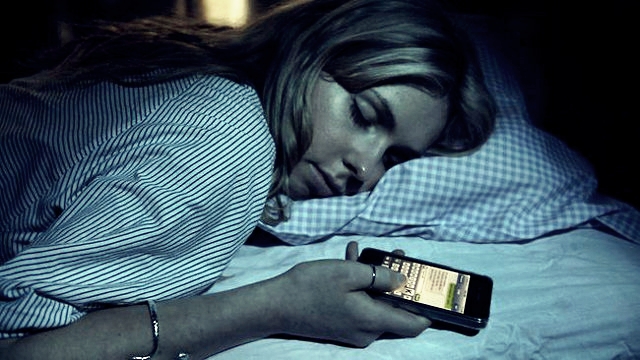 I’ve been guilty of this phenomenon. Waking up to find strange gibberish texts to my boyfriend along the lines of “Potato chickens?” and “why are you peeing the cows?!” Yeah. I’ve done that. Thankfully, I’m not the only one.

Recent data shows that sleep texting is on the rise. As persons who may be more dependent than others on our cellphones to keep in contact with our mates or far away friends, we can actually become so attached to our ‘substitute person device’ that we actually do respond to texts in our sleep!

Apparently its more often to occur if we sleep with our phones near us on our bedside (or for the more attached, in bed with us) and can actually cause sleep deprivation if it starts to get out of hand. On the same spectrum some people will actually fully wake up and respond to a text and then fall right back asleep. Not sure which is weirder.

It’s understandable when you think about International couples with different time zones. But still, it’s.. pretty weird that sleep texting is a thing now. 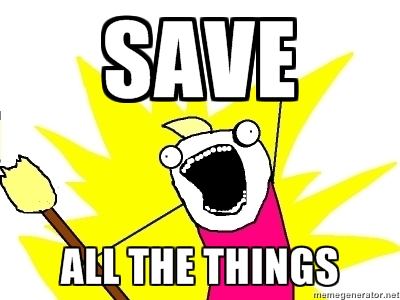 I don’t know what it is about being in an LDR that makes us save so many items. Maybe it’s the longing to be near that person. Since we can’t have them right by our side, we literally hoard everything we can that reminds us of them just to have something concrete around us.

You can talk to just about any long distance half about their relationship and you’ll find they’ve saved a number of things. Voicemails, emails, chat logs, photos, every gift their s/o has ever sent them, every note, every text message, every post card, video chat files, the boxes from the care packages, the EMPTY bottle of perfume they mailed you.. Literally everything!

Don’t get me wrong, I’m not saying it’s a bad thing. It’s not (if you don’t go creepy overboard.) After all, who wouldn’t want their gifts to be appreciated in such an overwhelming way?

4. You’re never not thinking about “them” 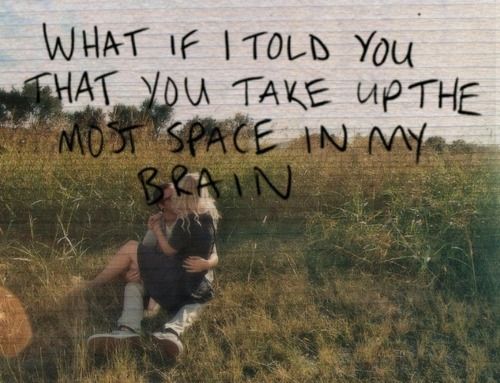 I’m not saying they’re constantly on your mind (unless they are) but truth be told, being apart for so long can make the tiniest little thing cause them to pop up inside your head.

Watching a really killer movie trailer at home on your sofa? “Ohh, boyfriend would really love this!” Running errands and come across something crazy hilarious? “Girlfriend would have died if she saw this!” Eating a new brand of potato chips?” If boyfriend were here, he’d hate these. More for me!”

Heck, I’ve even caught myself laughing in the car alone all because I imagined his reaction to something happening in the car beside me. Sometimes I really do look crazy, laughing as if someone was there with me when they’re not.

It’s inevitable. It’s almost like being farther apart means that they are more engrained in your mind than if they were right there with you. They say “absence makes the heart grow fonder” but maybe it should say “absence turns our minds into obsessive machines of pure longing.” Being apart pollutes our minds with endless thoughts of what things would be like if they were right there with us. It’s not so bad though. Really. 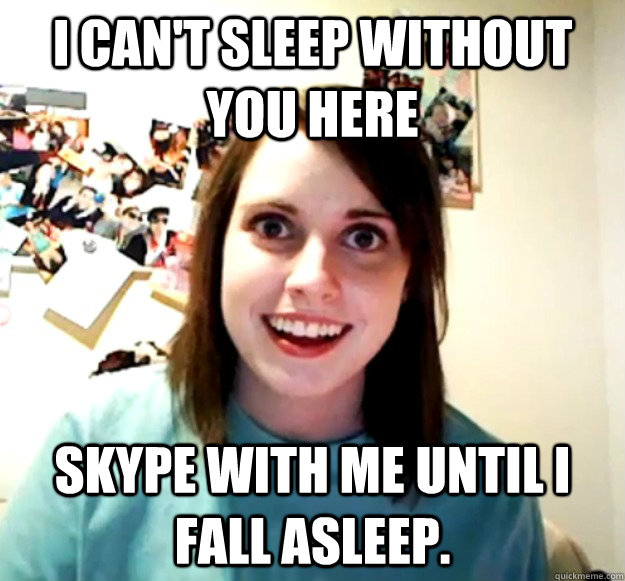 Skype, Google Hangouts, Facetime, Rounds. We all know what those are. The shining lights in the darkness of being long distance.

Video chatting is basically a requirement for anyone in an LDR. Every Long Distance how-to-survive-it guide on the internet has video chatting as top priority on it’s list. For good reason too! It’s the absolute best way to connect with anyone anywhere as long as you have the tools to do so.

That being said, it’s also the most addictive thing imaginable. Once you’re hooked, you’re hooked good. Seeing your boyfriend every day for a week via Skype is probably the best thing ever. And you want it to STAY that way. Many LDR couples have actually reported withdrawal symptoms, inability to sleep and even depression as a result of not being able to video chat.

I’m not sure if it’s addiction to the Video Chat or if it’s just really wanting to be able to see that shining face every morning or to be able to “fall asleep” together at night. Either way, it’s something we really can’t do without.

The only thing that can cure our addiction to this is being right beside that person we love. Ah, Just another day in the life of someone in an LDR.

Have you experienced any of these weird side effects? I can’t be the only one! Tell me your experiences in the comments below.

I experience withdrawal symptoms after we see each other for a few days and then have to part again…
I get very lonely and sad.

I can totally relate to that “addicted to Skype-chats”-thing. I seriously can’t sleep without him being at least on the phone. And it drives me crazy, mad & makes me cry so badly when he doesn’t have time for me. It sucks… But it just shows that I really love & need him in my life, right?

I experienced most of these whilst in my LDR of 4 years. It became very difficult in the last couple of years, though – I struggled with the distance more than my S/O did so he did not understand why I enjoyed hearing from him on a daily basis, or why I wanted to video chat, so we never did. Didn’t stop me from experiencing phantom phone vibrations, saving everything, sleep texting/checking my phone etc. We have unfortunately broken up now because plans made to live together after this 4 year period have fallen through on his part and I found it too hard to have an unbalanced level of communication and commitment. It’s sad because all of this attachment still applies but hopefully it goes away soon!

it pains hardly when he leaves and going at a place he is having multiple girlfriends. then it happens for so many years when it can be ended.