It happened To Me: My Ex-Long Distance Boyfriend Stalked Me For A Year After We Broke Up

Boy meets girl. Boys asks girl out. The end. Our story was an ordinary one. In fact, it was too ordinary. That’s why I should have known. Dan and I were the perfect teenage couple. We did everything together. We played our favorite online game together, we planned after school activities together and we never argued or disagreed. We settled into a nice routine and it was comfortable. But there was just one problem. I felt nothing.

Whenever we tried to talk about our feelings it felt forced and awkward. I wasn’t excited to see him. There was no romance, no spark. Frankly, we just weren’t meant to be. We had all of the right things in common yet we couldn’t connect. I remember telling my sister this one day, and that we would probably break up. I wasn’t upset about it and I was just trying to find the right way to tell him.

A little bit of time passed and I kept putting off telling him because I had never broken up with anyone before. Eventually, his family moved and we tried to keep in touch via the internet. We still played our favorite online game and we had a chat group that included my sister and a few of our friends. 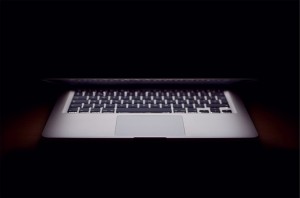 One day, my sister came to me and told me that he had asked her to fool around with him behind my back. Of course, she said no. I was disgusted by his behavior and little hurt that he had betrayed me. But honestly, I didn’t really like him anyway so I wasn’t exactly crushed.

I wasn’t going to let him off of the hook though.

Even if he wasn’t the love of my life, he had done me and my sister wrong and needed to know that he couldn’t treat girls that way. So I confronted him and told him that his behavior was wrong and that he didn’t deserve a girlfriend as long as he felt that he could treat women that way. I told him that I never wanted to talk to him again. He told me that he didn’t need me and that he had no regrets He also said that he would block me on our favorite game and to never speak to him again.

But it didn’t end there. He began to stalk me.

He began to message me online to tell me how much he hated me and didn’t need me. He would say that he was dating lots of girls and didn’t miss me. “Good for you.” I would reply back. “If you’re so over me then why are you messaging me right now?” He would continue in his “I don’t need you because this new girl is better” rants until I blocked him. He would simply make another account and message me again in a few days or weeks. My block list became very long.

This went on for about 8 months until he finally stopped messaging me. Or so I thought. One day I received a friend request from a girl. Incidentally, I was expecting a female friend request because my boyfriend at the time wanted me to play with Tara, one of his best friends who wanted to get into gaming. I couldn’t remember the girl’s name so I assumed the request was from her and accepted it. Boy, was I wrong. 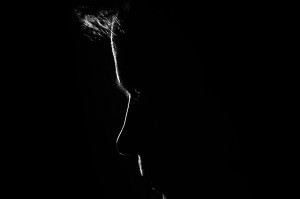 “Well, that was definitely Dan posing as a girl.” I thought.

She began to talk immediately about Dan, my ex-boyfriend.

She said that she was his sister and that he had behaved badly. She asked me if I would ever consider getting back together with him and I said no. Our conversation ended politely, but I wasn’t taking any chances with this crazy family. So I blocked her too. Weeks went by and I got another friend request from a different girl. But she claimed to have the same name as the other girl and asked me why I blocked her. Then she said that she was Dan’s… girlfriend. “Wait what?” I replied. “I thought you were his sister.” Suddenly she logged out and never spoke to me again.

“Well, that was definitely Dan posing as a girl.” I thought. But I told my friends, laughed it off and didn’t think much about it until a many months later. By now, it had been a year since Dan and I broke up. He made another account on our favorite game and messaged me. He asked me not to block him this time because he was sincere and over our break up. “Well, that’s great Dan.” I replied cautiously.

He then proceeded to ask me sexual questions.

“I’m not answering that, you’re not my boyfriend anymore.” I replied. “I just wondered because I wanted to tell you that I lost my virginity to someone else. Not you. I wanted you to know that. And it was great. I hope one day you can feel as good as I do.” He said. “Well, okay then. I don’t really care, but thanks for sharing. Good for you Dan. Good for you. I hope you have a nice life.” I replied. And then I blocked him for the last time. Because I made all new online accounts.