It Happened To Me: My Long Distance Boyfriend Turned Out To Be Gay

We met online. I was casually frequenting a forum and always up for making new friends. I was young, free-spirited and friendly. Then he sent me a message. He said that he’d seen my photo on my profile and simply wanted to tell me that I was the most beautiful girl he’d ever seen. 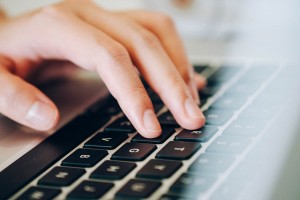 Wow! In a world full of cat-calling and cheesy pick-up lines, that definitely got my attention. He was seemed so sincere, but I was skeptical. “I’m sure he’s told a million girls that.” I thought. I waited for him to ask for nudes or try to suggest that we hook up in person. But he never did.

The conversation continued and we quickly became friends. Okay more than friends. But as I mentioned before, I was free-spirited and didn’t like the idea of being tied down to one person. Still, time and time again he impressed me. He wasn’t pushy and he never asked for anything. He simply wanted to be there for me. If I couldn’t sleep at night, he would stay up and text me until I fell asleep.

He was very forthright about things and seemed to understand me better than I understood myself.

One day after a long chat, he asked me to stay with him. (And yes, this was years before the song by Sam Smith came out. And yes, I see the irony of that statement.) I just couldn’t say no. I was falling for him fast. 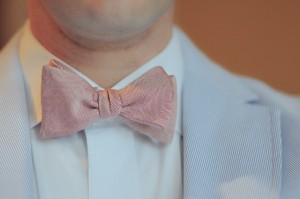 When he helped me pick out clothes he wasn’t just pretending to be interested.

Time went by and our relationship continued to progress as we got to know each other. I felt like I could say anything to him. He knew a lot about women and I loved that I didn’t have to hide my periods from him and that when he helped me pick out clothes he wasn’t just pretending to be interested.

He was the only boyfriend I ever had to who reminded me to touch up the polish on my fingernails. When I talked about my celebrity crush, instead of getting jealous he agreed with me about how good looking he is. I began to feel that he was both my boyfriend and my best friend.

Then it started. He began to talk about how interesting it would be if we switched genders. Sort of a Freaky Friday kind of deal. Eventually, the conversation shifted to how much he would like it if I were a man. To me, it felt a little strange, but I didn’t want to jump to conclusions. “It’s just a passing fancy.” I thought. But it wasn’t… He began to bring it up more and more often. Until it was all that we ever talked about.

I began feeling inadequate because I knew I could never be a man for him.

Slowly, our relationship deteriorated. Before we broke up, I told him how I felt and that he was gay. Knowing that I couldn’t make him happy was destroying my self-esteem. It was hurting me. We broke up of course. And we didn’t really keep in touch. I did happen to come across his profile months later. And well, he was no longer in the closet.

Looking back, the signs were there.

It was pretty obvious that he was gay. But when I started to wonder, I would think that he couldn’t be gay because he loves me. How could a gay man love a woman? What I learned from that experience is that relationships can be very complex. It’s not all black and white. I don’t regret our relationship, but I do only date straight men now.