Save your pets from loneliness! Watch, talk and play laser games with your furry friends through the mobile app anytime, anywhere.

Just when we think we’ve seen it all, some truly brilliant minds find a way to blow us all away yet again. Our latest mind-blowing moment is brought to you today by Petcube!

In case you haven’t heard yet, Petcube is an insanely awesome gadget that lets pet owners connect with their furry friends from far away. Neat, right? We think so! 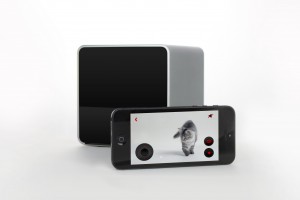 Created by Petcube, Inc., the Petcube gadget is a 4-inch durable aluminum cube that will allow its users to watch, talk and play with their pets in many fun and practical ways right from their smartphones.

Some of its core features will include: 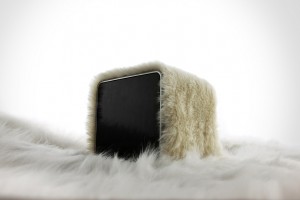 While Petcube, Inc. is currently focusing on developing the app for iOS, they have stated that the Android version will be completed and ready for Android users before the general release date in May 2014.

The app itself, which will run and control the entire pet-owner interaction process, also has a many noteworthy features, Including: 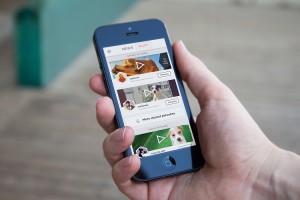 We were also ecstatic to find out that even if you don’t have a Petcube yet, you can still access public Petcubes through the app and play with other user’s pets.

For long distance couples & friends, Petcube is a really cool way to get involved in one another’s lives on a level that had been completely un-thought of before now. For some couples their pets are their children and a huge part of their lives. Now, instead of sending your s/o a dog bone for “sparky” or your best friend yet another catnip toy for her “fluffy boy” -you would now be able to actually interact and play with their fluffy companions whenever you wanted! Imagine that!

Through the magic of Kickstarter, Petcube managed to meet it’s first goal of $100k of funding in just 6 days. They are now aiming to raise additional funds by their deadline of Nov 5, 2013 with a few incentive features being added for each funding milestone.

While their Kickstarter page does mention the idea that “Long distance relationships rarely work out…” we’ll try not to hold that against them.

If you love the idea of a Petcube as much as we do and if you love the role it could potentially play in your long distance relationship, head on over to their Kickstarter to show your support by backing this project!

Petcube is on a mission to provide smart gadgets that connect people to pets and keep those pets healthy and entertained. For more information, check out Petcube.net and follow them on Facebook and Twitter.

These 3 Apps will Obliterate Those Pesky Timezones!...

Toymail; Connect with Kids Through Toys