An LDR Story – Nennah and Peter

Hello! My name is Nennah & my partner’s name is Peter. I live in The Netherlands & my partner lives in Denmark. There are 393 miles of distance between us and this is our story.

We met each other in a chat room on Twitch.tv. A guy named Markiplier always did live-streams there, and that’s where we happened to meet! That was back in October 2012.

After lots of talking back and forth in that chat room we started following each other on Twitter, and talked a lot on there too, up to a point where he started messaging me when I was sleeping because he missed me.

Because it wasn’t easy to constantly be talking on Twitter, we decided to exchange phone numbers. We texted all through the day, and we just couldn’t stop. On January 28th 2013 we officially became a couple, and on April 26th 2013, he flew to the Netherlands and we met for the first time. It was perfect. 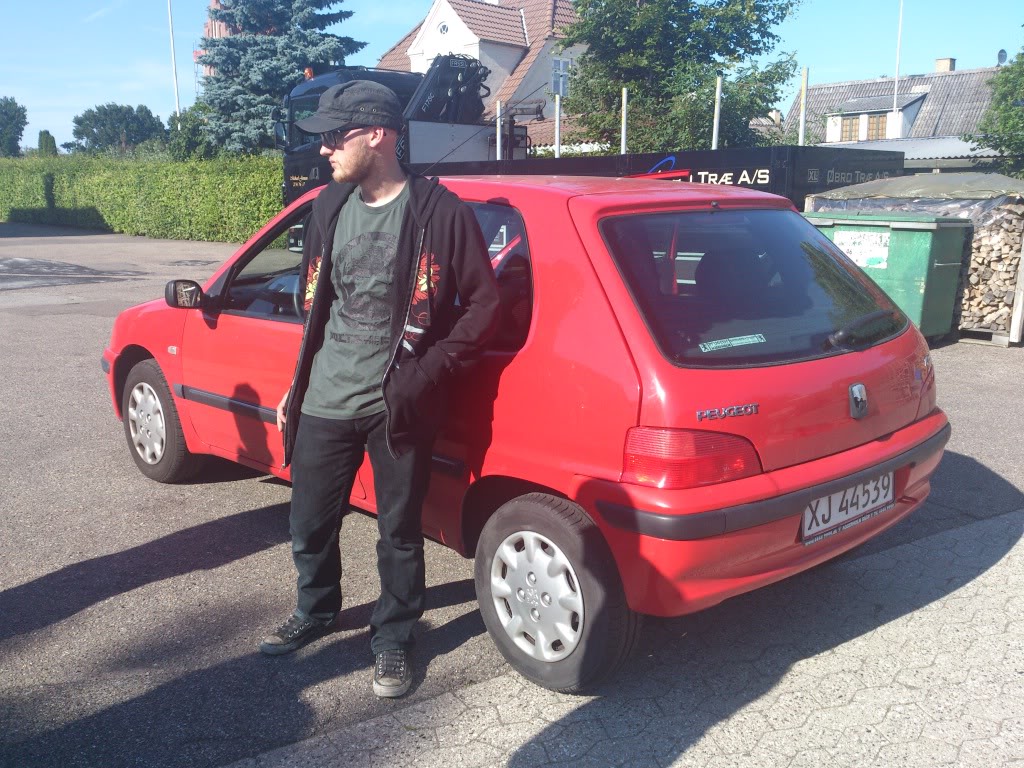 July 2013 I flew to Denmark, for 6,5 weeks, to see what it would be live to be living together, and to see what Denmark was like. It was amazing. I love how spontaneous our relationship is, we even bought a red little Peugeot 106 that summer, because we needed a car, and yeah, well.. It was cheap so why not?!

These things are what makes our relationship so much fun. After flying back and forth to each others countries, he proposed to me on December 28th 2013, under a starry sky, and lots of fireworks! It was a dream proposal, and even though it was a complete coincidence, since he didn’t plan it at all, it was the most romantic thing anyone has ever done for me.

I think that the distance got us way closer on an emotional level. We know each other so well. He’s not only my fiancée, he’s also my best friend. I don’t know if it would’ve been like that if we were living close to each other from the start, because when you live close to each other, the physical part tends to take over the emotional part.

I’d say that the biggest obstacle right now is school. That’s the only thing that’s still keeping me here basically. But I am graduating in July, and then I will be moving to Denmark to close the distance forever. But also money is tricky, because plane tickets aren’t cheap!!

Definitely the fact that you get to know each other so well, and I’ve also learned to be more patient. Nothing that’s worth having comes easy, right? ALSO, I’ve learned to plan ahead. I used to be so chaotic, but in a LDR you need to plan ahead! When can we visit again? Where will we be living? When can we actually close the distance? When do we wanna get married? All of these things need to be planned!

Let me think.. Peter and I have a lot of ways to stay connected, but we mostly use WhatsApp, Skype, Couple and Viber. These apps are amazing to keep each other updated from what’s happening on your end!

Trust each other, be loyal and faithful, be patient, and keep calm. Misunderstanding happen, because when the words are written, it’s hard to tell whenever someone is joking or not. Misinterpretations are sucky, staying calm and patient is the best way to go in such situations!