So I’ve recently stumbled onto a new television series on TLC. It’s called “90 Day Fiancé” and it’s a show that is supposed to portray International Long Distance relationships from an inside perspective.

I had honestly never heard of this show before recently. Apparently it premiered January 12th of this year so I’m a little late on the bandwagon, but it sounded so interesting that I had to check it out!

As I sit here, only having gotten through the first half of the episode, I have to say that as a whole I’m not very impressed with the direction 90 Day Fiancé seems to be heading. I’m crossing my fingers in hopes that the next half of this episode and the rest of the series will get better. 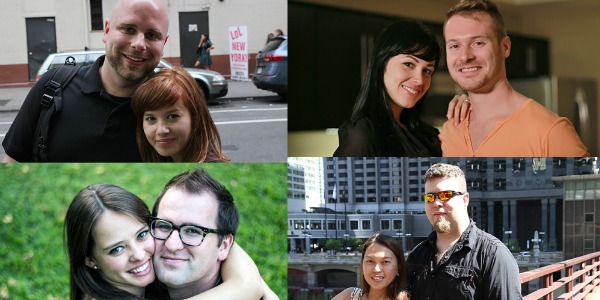 This is just my opinion but here are some problems I’m having with the show as of now:

However it’s not all bad! I will say that 90 day Fiancé does have its bright side as well. It’s entertaining for starters, full of all the fun drama that reality TV brings. That’s always fun.

If you’re already in a long distance relationship it can become pretty relatable to things you’ve already experienced. The first episode alone touched on the following things:

It can also give you a better look into some of the challenges you may actually face once you begin the process of closing the distance. This show actually does give you a pretty hard hitting look at what could happen once the rose colored shades fall off.  Pretty handy info, if you ask me.

Watching this with my boyfriend, one of the things I really liked was the fact that a lot of the things brought up in the show actually sparked some pretty deep conversation about our own LDR. -Things that made us angry, things that we loved and our own plans to eventually close the distance for good. I’d definitely recommend that other LDR couples try and watch this together, it’ll definitely spark some interesting discussion between you.

As I said before, I’m glad that long distance relationships are finally coming to light in the eyes of the general public. It finally gives us something to relate to and identify with –something that we didn’t really have before now without a lot of searching. Maybe it’s a little wonky as far as the details go, but even I have to admit that it’s pretty cool to have an entire TV show about LDRS. Who’d have thought THAT would happen?

What do you think about 90 Day Fiancé? Are you views as mixed as mine? Do you think it accurately portrays international LDRs? I’d love to hear your take on the show!

Images via: The Learning Channel