I was unhappy. Years of schooling, working and pressuring myself to be perfect had led me to the dream job I had been waiting for…and I was lonely. On the commute to work each frozen December morning in North East Ohio I would remind myself there’s more to this life.

There’s a world out there filled with amazing people I had never met. We all know how it feels to want adventure. I wanted it from a very young age but never quite found it in my adult years. It was the one thing in life I knew I was missing and it haunted me.

The pain never left and eventually I couldn’t find passion for the work I was doing. I couldn’t just keep dreaming, waiting for life to happen to me in my cubicle and small green car. Like many people in a negative daily cycle, I needed change…drastic change.

So a few months later, I left. I quit my job and, after some careful planning, finally bought a ticket to Berlin to begin my ‘Great European Adventure’. I didn’t expect much to happen with my traveling but it really did end up changing my life forever.

[pullquote align=right]
“The trip started off pretty much as expected.”
[/pullquote]

The trip started off pretty much as expected. I met some amazing people and was absolutely blown away by the way people lived in Europe. People seemed to care so much about conversation and passion and what drives you to do what you want. I met a guy in Amsterdam that really opened my eyes to what love should be. He taught me love needs to be pure, organic and honest. Honesty is the core of all love and that really stuck with me.

With a few weeks left of my trip I decided to take a detour from Barcelona and hop a train over to Granada. I had heard marvelous things from travelers all over the world about Granada and knew I just had to see it for myself. When I got there I met a great group of people and we became wonderful friends. Then, one warm night on a hostel patio, everything in my world started spinning. 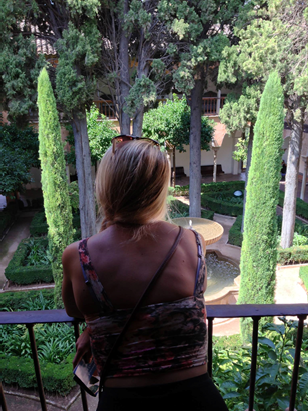 Tamara came down the steps and looked around the room. I could tell she was curious right away, trying to find someone to meet and talk to. She had a look to her like she just wanted to know everyone in the room on a personal level.

At first we didn’t talk much. She had the preconceived notion that all American’s were “overly confident pigs” which I couldn’t blame her for. However all it took was a couple minutes of conversation, waiting in line for the bathroom in a tapas bar, for us to fall completely in love instantaneously. We just couldn’t stop talking, we tried but we couldn’t.

After we left the tapas bar we went to a beautiful Flamenco show in a cave. Any other person would have been enthralled with the magic of flamenco but we couldn’t take our eyes off each other even to watch the dancers. We immediately left the performance just to talk more and absorb all we could of one another.

We left the cave and ran across the city laughing and in shock at how well we connected. We ended up sitting on a bench overlooking all of Granada listening to music together. I showed her some of my favorite songs and she did the same. It was here where we had our first kiss. It was surreal and felt like a dream the whole time. 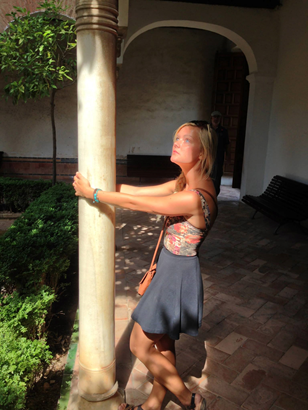 True love had never been more obvious to me in my entire life.You really can meet someone, one perfect person that can absolutely change everything about the way you see the world. One person that can make the entire day brighter just by smiling. I knew immediately after pulling away from her lips that I had to have her, there was no option or question about it.

We only had a few days together in Granada but each one was the best of my life. Time moved in slow motion when I was with her and the nights lasted forever. We just couldn’t stop talking. It was a very mental attraction for us. We were consistently surprised how we just agreed on everything, even the super small things most people don’t think of.

When I finally had to leave to go back to Barcelona we were heartbroken. It felt like she was a part of me, and leaving her seemed impossible. Tamara felt the same and she decided she had to chase me all the way to Barcelona just to spend one last day together.

Our last day in Barcelona was akin to a romance novel. It felt like someone was videotaping a movie of our lives without telling us. Each word she said was perfect and I laughed more than I had in years. She was so easy to be around and so honest in ways I had never seen before. We lay on the beach for hours giggling and telling stories of our past, desperately trying to soak in every second we had left together.

Sooner than we expected, all our seconds had run out. She was grabbing my hand as hard as she could while she walked me to my train out of Europe. I had never felt this feeling of loss, like I was saying goodbye to my mom or best friend. I had to keep reminding myself this was a girl I had only known for less than a week. Right before she let go of my hand while I walked off to my train I had the urge to yell “I love you” back to her. I didn’t, but I knew I was going to one day.

I knew I was going to see this girl one way or another no matter the distance. I was aware I had to be in my first LDR and that it was going to be a massive struggle. However I felt in my heart it would be worth every second of suffering if it meant I could hold her hand again someday. So I waited.

I got home and sat on my parent’s couch waiting for an email from her with sweaty hands and a rapidly beating heart. What if she forgot about me? What if I was feeling this more than she was?

Then, right when the hope began to fade, I see her name flash on my screen with a list of updates on her life followed by the words “I miss you”. That was it, I was all in and there’s no going back now. The only question was…where do we go from here? 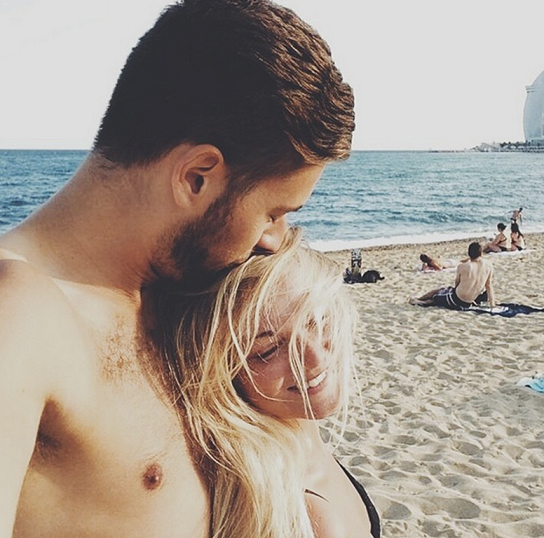