Mind Over Miles: We’ve Been Talking Everyday But I Don’t Know Where We’re Headed

I met this guy overseas while I was on a holiday through an online dating app. He and I had a good conversation about astrology and books. I thought he was very interesting and had a good head on his shoulders. After a few days, he then asked for my number and we began talking more and more. 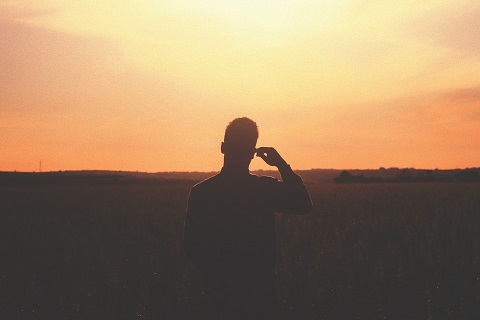 The first time I laid my eyes on him, I was shocked, I didn’t expect him to be so handsome. I couldn’t hold myself together for quite a while, I wasn’t saying much because I was simply in a trance; hypnotized by him. He was smart, funny, and very polite. We spent 8 hours together that day and there was not one dull moment.

He then sent me messages everyday. Asking about my day and just talking about anything under the sun. I felt instantly comfortable with him. I felt like I could trust him; I was myself with him.

I come from a conservative culture while his culture was more open-minded. I did not kiss him until the end of our third date. Trust me, I was shaking but in a good way.

[symple_testimonial by=”” fade_in=”false”]We have been talking straight everyday for two months and there has been no talk of what we are, where this is headed, what his intentions are.[/symple_testimonial]Before I left his country, he asked me if I wanted to go back to his place; I was not naive, I know what that meant. I declined; although I liked him a lot, I would never sacrifice my principles over emotion. Then and there, I thought that was the end of it; I assumed that that was all he wanted and it didn’t matter to me whether he would talk to me or not because I will not give in to make him like me.

The day I was going to board the plane, he sent me one message and that was “I’m going to miss you”. I wasn’t to be mean and not reply, I still replied to him. Until this day, I still talk to him. He would call me everyday and we would still talk about each others day like we used to.

This is where it gets confusing for me. We have been talking straight everyday for two months and there has been no talk of what we are, where this is headed, what his intentions are. He did mention that he has never had a serious relationship. Here I’m investing in him, developing feelings for him. Am I getting my hopes up too high?

I will be returning to his country in a few months and I don’t know what will happen then. I’m afraid to ask him what he wants from this thing we have because it might drive him away. I have been letting him set the pace but when is the right time to ask about what we are and how do I creep in the question without sounding demanding?

It’s great that you are aware of your feelings and thinking about the future. If he’s not serious about you but continues to spend time with you, it will only lead to heartbreak. However, if he is serious and really likes you, this could be the beginning of something beautiful and lasting. So it makes sense that you are eager to find out. No matter what his answer is, you’ll be moving forward in life.

So how do you find out? You ask him. Casually. It will only be as big a deal as you make it out to be. Confidence is also important. If you want to ease into it, you could ask him if he likes you first. If you get a positive response then try directly asking him what you are. It’s not a bad or forbidden question. The only way to find out is to ask.

Sometimes to win big, you have to be willing to risk it all. It sounds like you don’t want to spend a lot of time talking to someone who is just playing with you. So the sooner you find out the sooner you can move on if he isn’t serious. And if he is then the sooner you can feel secure about your relationship.

It’s important before you act that you understand the two possible outcomes. One, he admits that he wants to date you seriously and you become a couple. Two, He says he’s not looking for anything serious and just wants to be friends. But like I said before, you’ll be stuck in limbo as long as you wait to talk to him about your relationship.