My name is Anca, I’’m 18 and I am from Romania. My other half is from the Netherlands, his name is Laurens and he is 29. I know that as you have seen the age difference between us you will think that I am a bit too young to be in this relationship,or at least that’s what some people say.

For us two age is nothing but numbers that will not stay in the way of our relationship and happiness. We live a beautiful love story at the moment and we are in love with each other still, even after such a long while. Here is our story…

We first met on an online game named Yitien. We were in the same guild and he was the clan leader. He was always joking around. Since in that game marriage was allowed I was in-game married to another clan member with who I once had a little argument and he went offline. Feeling bad about the argument I asked Laurens if he could check to see if everything was ok. And he did.

Laurens felt bad about it though so he messaged me on Facebook to apologize for it. This was on the 19th of June 2013. After he apologised we kept talking and talking and as the days passed by we grew closer to each other. Before we realised it we were head-to-toe in a LDR loving, each other more than anyone could expect.

When I think back on those moments I feel a bit silly that I had been offended about that joke but I honestly don’t regret it because it brought me the most amazing human being on this Earth.

It brought my soulmate closer to me. 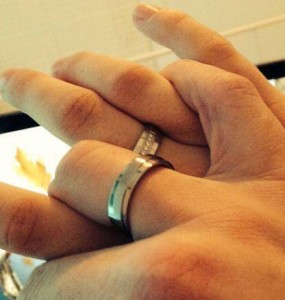 A year later, in June 2014, he came to Romania so we could meet for the first time and spend our first anniversary together. On the first anniversary he gave me a ring. He didn’t propose me or so, the ring was symbolizing our love, something that will remind us of each other every time we look at it. A ring that I will wear daily.

Inside my ring is written the date we met and his name, and on his ring its written my name and the date we met. We spent an amazing week together and when he had to leave I honestly tell you guys that I cried like a baby. But I knew that soon we would see each other again.

And so it was.

This year, on the 25th of January we met again and had an epic time together. We are now heading towards 2 years of long distance relationship and I’m sure that there will be many more years ahead.

Love is the feeling that can beat time and distance.

I learned that when you love someone you defy your strong personality and be kind to that one special person. I for one am a very impulsive person. I like things to be done my way …I could even be compared to a control freak, but with my lover? I melt. And that’s the power of love. 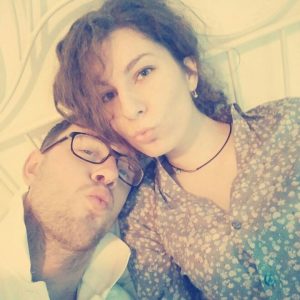 Distance, with all its negative aspects, it makes us trust each other more. And a strong healthy relationship is based on trust and respect. LDRs are based on trust, because we cant always check if the other half cheats on you. You can only trust him because if he loves you he will not cheat on you. If there’s no trust the relationship will definitely not work out.

I trust my boyfriend more than I will ever trust anyone else because I know he will never do something to harm me or make me suffer. I know he loves me and I love him back endlessly.

One of the major obstacles that I faced in this LDR is the fact that my family was and still is skeptical about the relationship and they didn’t accept my LDR for certain reasons. I faced lots of issues with my family because of the LDR but for my lover it is all worth it.

I would never break up with him because my family doesn’t want to accept him. At this point he is my life. He is always supporting me and he is always there for me and I will always do the same for him. At one point I had to choose between my family and him. I still didn’t make that choice because I don’t wanna lose either him or my family.

One if the many things I love about being in an LDR is the fact that we communicate very very much. We share all our problems and all the things we like or dislike. Its a great way of discovering my lover’s preferences. If we would be physically close maybe we wouldn’t communicate that much because the attraction between us would probably take over. 😛 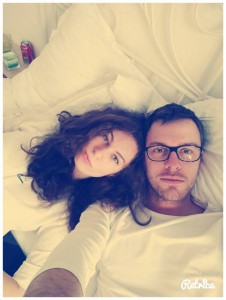 While we are apart we have several ways to communicate as long as we both have internet. We use Skype to talk, Whatsapp to message each other, Facebook to share stuff and so on. Most of the time we are using Whatsapp since its very very handy.

When I cant reach him because I have no internet he is calling me because he is worried and wants to know if everything is okay with me .