IHTM: My Girl Friend Turned Out to Be Gay & Catfished Me 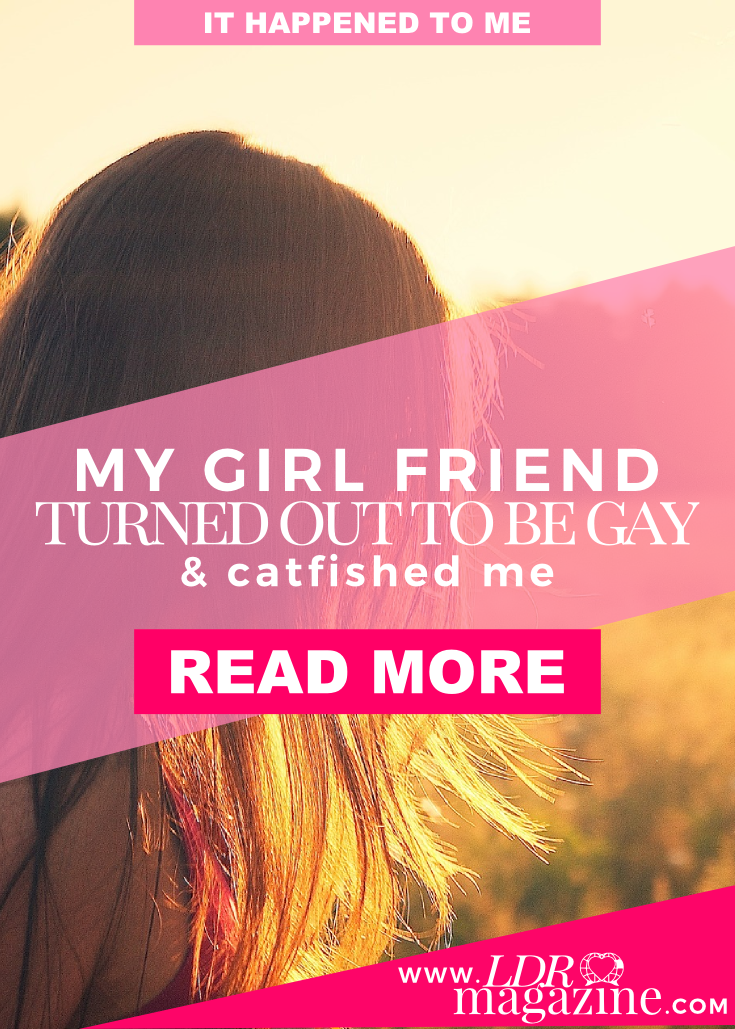 I wasn’t interested in online dating. Or dating in general. After a nasty break up I was on a dating hiatus and promised my parents I would focus on my studies. No more boys. There was just one problem. I grew up surrounded by boys and I had no idea how to connect with other girls. I didn’t discover makeup until the ripe age of 17.

Any time I tried to talk to the girls in my area it ended with me nervously saying something “weird” and getting a dirty look. Needless to say, it did wonders for my self-esteem. It was different with boys. I didn’t have to worry about offending them by being gross or saying the wrong thing. They were all grosser than me anyway. And they weren’t judging me about my clothes or my messy hair. They didn’t expect me to know about the latest celebrity gossip. Yes hanging with boys was easier for me.

I couldn’t understand other girls. That is… Until I met her.

To try and understand other girls better, I frequented forums on girly topics and had brief conversations with other girls. One day I got a reply from a very nice girl. We talked on the forum for a while and I felt like she was the best friend I’d been searching for all of my life.

She was a little awkward like me and she also had trouble relating to other girls. We had so many things in common and I felt like I didn’t have to use any pretenses when I talked to her. Nothing I said seemed to offend her. Eventually we began to talk on AIM. She was open-minded and lots of fun. Everything was perfect… Until it wasn’t. 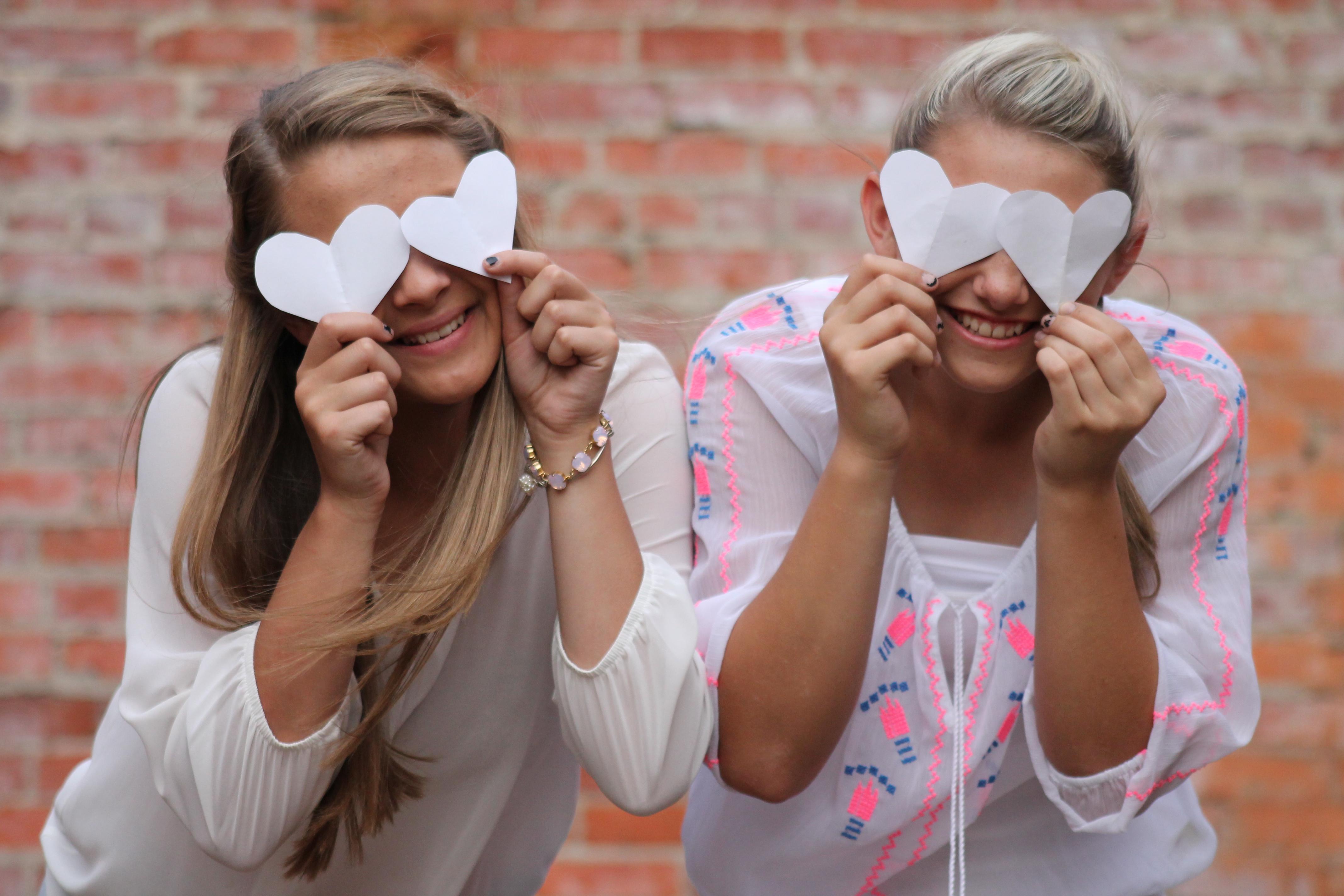 She asked me casually one day if I had a boyfriend. I told her about my dating hiatus and about my break-up. She said something like “If only boys understood us as much as we understand each other.” I agreed and admittedly, we did a little bit of boy-bashing.

We both agreed that we were better off without them. I went to bed that night happy that I finally had a BFF to confide in. The next day she said she had a question. Was I bi-curious? “What’s that?” I asked her. “It just means you wonder what it’s like to date a girl, like your best friend for example. Because well, I am and…”

As she continued on I began to realize that all the times she had said she wanted to tell me how much she “liked” me, she didn’t mean in a BFF kind of way. Uh oh. I thought. After she finished expressing herself she asked again. “What about you?” Well that was awkward timing because that day I was going to tell her about my forbidden Italian boyfriend that I would have to hide from my parents. I didn’t want to hurt her feelings, but I also didn’t want to lead her on. So I simply replied “I’m straight as an arrow.” And promptly changed the subject.

Admittedly, there was some awkwardness and we didn’t talk for a while.

But one day she messaged me and said that she had been busy with exams and really missed me. So we began talking again. Everything was great for a while until something strange happened. She asked me for a picture because up to this point, we hadn’t seen each other. No that’s not the strange part, I’ll get to it. She sent me a picture first and I complimented her.

Since she was my very best friend I decided to send her a funny picture message referencing one of our inside jokes. I held up a sign and smiled as I snapped a photo. I sent it to her and she loved it. “Make me one too!” I excitedly asked. She was hesitant and came up with a million excuses. “My handwriting is terrible….I’m having a bad hair day….I don’t know what to write….” She said. Being the little brat that I was, I replied “Fine then. I thought we were friends…” So she hesitantly agreed. She said she would be right back and I waited patiently. A few minutes later she sent me a picture.

I considered this a present and was very excited to open the file.

I looked at the screen and there it was…. The same picture! Wait what? Yes that’s right it was the same picture, with one small difference. There was a little text message that looked like it had been typed in MS paint. “She sent me the same picture. This is not a sign. What the heck? Who does this?!” I thought angrily. I messaged her and asked her if she had any paper. She said yes. I asked her if this was really the best she could do. She said “Yes. It’s all I have.” Then it hit me. That’s. All. She. Has. The only picture she has of whoever this girl is.

I had unwittingly exposed my friend as a catfish. I tried to ask probing questions and let her know that I knew as nicely as I could. But she refused to reveal her true identity. And the lies were too obvious at this point. She was lying to me the entire time. If she was even a “she”. I’ll never know.

Mind Over Miles: He’s Afraid Of Committing To...

It happened To Me: My Ex-Long Distance Boyfriend...