There’s a new web-series on the block! Long Distance is a six episode web-series developed by Jeff Allen and Ted Barnes. It premiered on Feb 14, Valentine’s Day of this year.

“Long Distance” explores the development of a long distance relationship, starting from the very moment the two main characters Colby (played by Jeff Allen) and Breanne (played by Taylor Cloyes) meet. The two meet out of town at a party, hit it off and then exchange numbers.

After going home to their respective cities, the two keep in touch while managing their romantic feelings for each other from afar. The Series follow their relationship through the comedy, drama, and romance as they and their close friends are affected by the journey they undertake.

We were able to briefly speak with Jeff, co-creator and actor in the Long Distance Web-Series. He was able to answer a few questions about the inspiration for the series itself, what they hoped to accomplish in creating the LDWS and if there are plans for a second season.

Tell us a little about yourselves, the Long Distance Web series & some of the characters.

In the summer of 2012, Jeff Allen moved to Los Angeles to pursue his ambitions in film/television, while at the same time putting an end to a long distance relationship (his girlfriend lived in Los Angeles).  A few weeks after moving, he met up with Ted Barnes for a beer and were brainstorming ideas for a web series.

Jeff had been in four LDRs, 3 that didn’t work out, and one that he was able to successfully navigate the long distance nature of the relationship until making the move to be closer to his girlfriend.  Ted had also been in a long distance relationship once, so both of them were able to use their real life experiences to come up with a realistic and engaging storyline for the series. 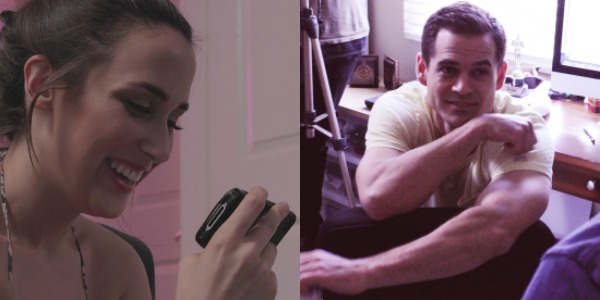 Colby is your typical “nice guy.” You know… the guy that girls want to give their number to but won’t go home with on the first night? He is smart and kind, with a touch of innocent gullibility in him.

Breanne is very dedicated to her career and has sacrificed a great deal of her social life in order to accomplish her professional goals. She is a down to earth, passionate person, but her intelligence and methodical thinking can sometimes overshadow her good nature.

What was it that prompted you to create a series centered entirely on what it’s like to be in a long distance relationship?

LDRs are something that I held close to my heart, since I had spent over a year in an LDR before finally landing in Los Angeles. When I pitched the idea to Ted, Ted was very intrigued by the idea of doing a series about the development of a long distance relationship because he had previously been in one.

We both thought it would be interesting to portray how two people can build and continue a long term relationship in today’s world as the modern means of communication continues to advance and bring people closer together.

How do you think ‘Long Distance’ will benefit your long distance viewers?

We believe “Long Distance” is a series that anyone in a long distance relationship will be able to very closely relate to, and we believe it is something that will inspire those in an LDR to continue to find a way to make their relationships work.LDRs can be very challenging, and those that are in them must have something truly special with their significant other in order to make them work.

Those who are in LDRs also have to be very creative in how they communicate with their significant other, or they can risk the relationship losing its luster and fizzling out.  We hope that “Long Distance” will provide those in an LDR with some creative ideas on how to maintain their own relationships.

Finally, we also hope that “Long Distance” will be something that those in a long distance relationship can actually watch together, possibly while video chatting. 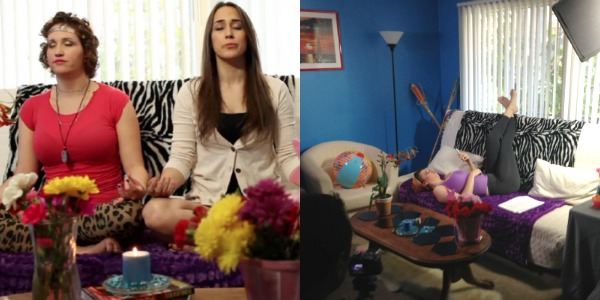 The full first season is now available online on our website and our YouTube channel, which consists of 6 episodes. We are writing Season 2 right now and we hope to be able to start production on it soon. If we are able to move forward with Season 2, I would anticipate the next season being released in the fall/winter of 2014.

You can view the first episode of ‘Long Distance’ below. Be sure to check out their 5 other episodes on their YouTube Channel and connect with them on Facebook. If you enjoy their web-series, be sure to let them know!

A Home From Home: Sending Packages To Relatives...

Watch Never-Met Couples Spend a Week on a...

Pre-LDR Checklist: Questions to ask yourself before you...

[…] Long Distance is a six episode web-series developed by Jeff Allen and Ted Barnes. “Long Distance” explores the development of a long distance relationship, starting from the very moment the two main characters Colby and Breanne meet. The two meet out of town at a party, hit it off and then exchange numbers. After going home to their respective cities, the two keep in touch while managing their romantic feelings for each other from afar. […]