It Happened To Me: I Broke Off My 2 Year LDR

A Story of the Importance of Love Languages in a LDR

I was sitting in my therapist’s living room on a quiet afternoon when I thought about breaking up with my LDR of two years. Her house was built in the 1800’s, with built-in bookshelf’s full of texts on happiness, love, grief, and heartbreak. I had been staring at 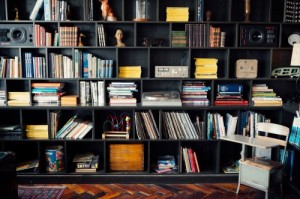 that bookshelf for a few months now, having moved halfway across the country for a job and needing someone that would listen and offer advice.

I told her the story of me and Alex’s relationship. We met working at a camp the summer before our junior year of college. Our schools were two hours apart and I would drive every other weekend to see him (he didn’t have a car and I was a lot better off money-wise). He was my best friend and I didn’t understand why he wouldn’t even consider moving with me when I got a job upon graduation.

I tried to talk about the wonderful things in our relationship, but always found myself saddened by his constant lack of effort in spending time with me.

I knew that he loved me.
I just didn’t understand his way of not showing it.

“Have you read The Five Love Languages by Gary Chapman?” she asked.

“Well, it is based on the idea that we all have a love language in which we express and experience love. Gifts, quality time, words of affirmation, acts of service and physical touch. It’s up there.” She pointed to her bookshelf and sure enough, it was sitting on the second shelf right in front of my face.

“So what do you think your love language is?”, she continued. “Gifts are if he gives you something, that’s how you know he loves you. Quality time…if you go out of your way to spend any time with a person. Words of course are ‘I love you’, ‘you’re beautiful’. Acts of service…like if you show your love by fixing something for him. And touch includes hugs, holding hands…”

I felt like I would do all of those things for him, if I could. But I recognized exactly what mine was.

“Quality time. I would drop everything to visit him and plan trips. I think that is probably why I am the one who makes sure we get to see each other.”

“Wonderful. So you would say that his love language is not quality time?”

I thought for a minute. “Well, he gets very upset when I am upset. He offers to help in any way he can.”

She paused, “You know, it is very hard to be in a relationship where you do not speak the same love language. Chapman says it is do-able, but not ideal. It takes work on both ends. He has to understand that you need quality time. And for you to know he loves you, he has to start making more of an effort.”

“You should tell him what you need from him.”

To be honest, I knew I had been telling him this for at least the past year. Our fights centered around me being upset about his lack of effort in the relationship. He always deflected it by giving excuses as to why he couldn’t come see me.

This was the first time I thought about breaking it off.

I went home and read the book in a few days. Sure enough, everything my therapist and I had talked about was true. I looked back on me and Alex’s relationship and saw all the ways that I was giving Alex love and feeling like I wasn’t receiving it back. Additionally, being in an LDR probably didn’t help the situation. In fact, I felt I needed more of the reassurance and effort, especially if we were going to move forward. 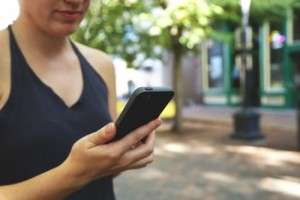 I texted him, “What are you doing?”

“Playing on the computer.”

“Our two year anniversary is coming up. We should makes plans to see each other.”

I broke up with Alex shortly after explaining to him my need for quality time. I mentioned the book and even asked what he needed from me. He told me that love languages were nonsense and that we were fine.

After this, I knew that I would never be fulfilled in our relationship, for even though the book was a new idea to me, I had known all along that he would never give me quality time. And it wasn’t because he didn’t love me, it was just because we were not compatible. Our needs in a relationship were not the same and it was nobody’s fault.

Four years later, I have found the love of my life, Tony. We actually started off in an LDR (he was in Miami and I was in Connecticut). Two months into our relationship, Tony decided to move to Connecticut. In the meantime, he booked multiple trips to see me and I did the same. Special circumstances made it easy for him to move, but the key to our blossoming romance and it’s continued success (we have been together for a year now) has been our love language. We both speak quality time and even when we were long distance, it was the easiest relationship I have ever been in.

My advice to anyone in an LDR:

Figure out what you and your partner’s love languages are. Show your partner love the way they receive it and have them do the same. It will make a huge difference in the struggles we have all experienced being long distance and you will find yourself more fulfilled than ever before.

Angela Wilson lives in Connecticut and writes for her blog, generationBold, on culture, politics, and relationships.

Exactly! That is why I put the ending paragraph of figure out what your partner’s love language is. I hope the article wasn’t misleading. Thank you for reading!

What if your love language is touch? Which is precisely what an LDR prevents you from having?

YES! This has been so important in my relationship. I had never heard of the 5 love languages but my LDR partner introduced it to me, and told me what his were. When I figured out mine, I realized how important it was to know what my language was and why I needed to know his. Made this relationship SO much easier.