It Happened To Me: Someone Made Fun of My Interracial LDR

You’d think that in the year 2012 people would be so beyond those old stereotypes and belief systems of how mix & matching races is “wrong” or “taboo.”

Leave it to me to somehow manage to meet some of the ding-dongs who still believe in racial purity. Personally, I think the more mixed up we all are the better and more beautiful we turn out to be. I mean have you SEEN mixed babies? They’re absolutely GORGE. 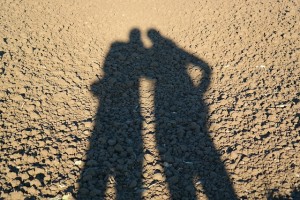 When it comes to my LDR though, I’ve learned to hold my tongue about who I tell about it and how much info I give.

But I’m getting sidetracked. This story is about my encounter with the friend of a co-worker who felt that my LDR had no chance because my boyfriend is white.

I’m a nurse and I work in a hospital on the edge of a city in a little place called no-wheres-ville. I’m multiracial myself: Black, Cherokee, Irish, Scottish, Japanese and Hispanic. As far as lineage goes, I’m about as mixed as they come.

My skin is brown and my hair is a mix between curly and wavy, so most people just see me as a brown girl -no big deal. My boyfriend? He’s as white as they come. Blonde hair, blue eyes and he I seriously think he burns just from looking at the sun.

When it comes to my LDR though, I’ve learned to hold my tongue about who I tell about it and how much information I give.

LDRs are are taboo as is but a mixed race LDR? Don’t even get me started.

One day in the course of an afternoon lunch break, a friend stopped by to bring lunch to a fellow co-worker of mine. Taking a lunch break outside in the sun after half of a 12 hour nursing shift is honestly the best thing in the world and on my lunch breaks I’d usually call my LDR boo and talk him to death.

This particular day my co-worker and I were having a pretty spirited conversation on the way out to the parking lot for lunch when her friend came to bring her lunch. I’m not saying that I wasn’t enjoying our conversation but after some chatting I only had a 20 minutes left during my lunch so I thought this was the perfect opportunity to try to excuse myself so I could call my boyfriend and eat my unhealthy lunch in peace.

I was stuck and nothing was working so I did what I had to do. I let them know I needed to talk to my boyfriend and that’s when all hell broke loose. 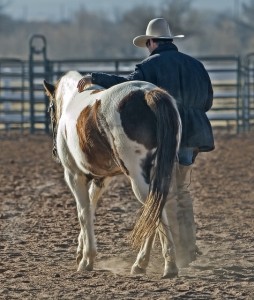 “Your boyfriend? Why you wanna go and talk to your boyfriend on your lunch break just talk to him when you get home, girl.”

“Well I could if not for the fact that he lives in Texas.”

“Texas? Your boyfriend lives in Texas? Why you gotta boyfriend so far away? Couldn’t get somebody closer?”

“Uhmm.. no it just kind of happened this way. He’s going to school and I’m working here so one day we’ll meet in the middle.”

My coworker had been silent up to this point, but I guess her friend’s enthusiasm about my long distance relationship made her want to speak up.

“Is your boyfriend black?” she asked, as if that was an appropriate thing to ask. OR as if the brown color of my skin warranted that he HAD to be black.

“No, he’s white” I said matter-of-factually.

That’s when her friend totally lost it.

“WHATTT? Your boyfriend is WHITE and he lives in TEXAS? You know he’s cheating on you right?”

My coworker agreed “yeah girl, no white guy is gonna be faithful to a black girl from all the way down there.”

“Well I’m pretty confident about my relationship.” I responded, floored by how blatant people can be about things that really aren’t their concern at all.

What followed was literally unreal. Lectures of how they could set me up with someone local and how I needed a big strong black guy nearby to be my prince charming and savior. What the actual –? As if I am not capable of choosing who I want to love.

But it didn’t end there! After that were multiple attempts to get me to hook up with the medical delivery guy, and whisk me away to male strip bars as if I was in need of a sexual intervention or something.

Despite all of this my boyfriend, now husband, and I are still together today.

Neither of us sees color when we look at each other. All we see is how much we love and care for each other and how we beat the distance together despite everything and everyone telling us we shouldn’t be together.

To all you interracial LDR couples out there. There’s lots of people who will be quick to tell you that your relationship is wrong or not worth it. Don’t let them tear down what you have by infecting you with their ignorance.

What the fuck?? Who says that? That’s unreal. I’ve never experienced anything close to that, actually, scratch that, my parents disapprove of my relationship because my boyfriend is white, but that’s more a cultural/traditional thing rather than racism. This is just ridiculous, how could anyone be so rude? Sorry you had to go through that, and congrats on your successful relationship!

Wow. This just happened to me literally last night! I was at a party and some guy from work beckoned me to join in their conversation and introduced me to this person that I wasn’t even tad interested of knowing, and suddenly the conversation veered into MY relationship with my white boyfriend and told me that Filipinos are much better than them and that white guys are known to kill their Filipino wives. Just a big WHAT THE FUCK in my head and he covers it into this “I-know-what-im-talking-because-i-know-all-about-it” cloak. I just instantly walked out the conversation. He was disgusting.

I’m sorry but….you have to have tough skin to be in an interracial relationship – even tougher for an LDR! It’s the reality of life – people want to pretend racism is a thing of the past – it’s not. It’s sooooooo not. I’ve had this happen to me as well, once with and without long distance. You have to make it about you two, always, and not give any attention to others. People can be cruel. Best wishes on your relationship flourishing beyond petty people’s hurtful words. They wish they had real love <3