Long distance relationships have a bad wrap, mostly because lots of them don’t succeed. There’s even a statistic that says that 50% of LDR couples break up after closing the distance. That’s so not good. So what gives? 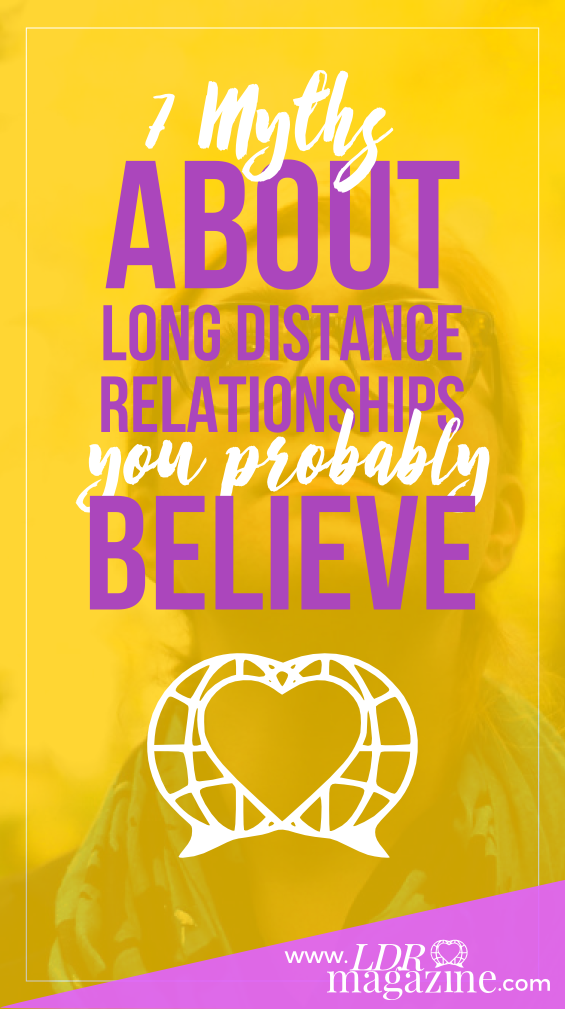 Truth: Being closer together changes nothing about your relationship other than the proximity. Your partner may say “when we’re together I’ll ____” but really, what’s stopping them from doing it now if it isn’t dependent on being physically together?

Being together eliminates distance, and that’s great! But it almost introduces some entirely new challenges to your relationship along with all of your current ones. If you want to survive, fix what’s ailing your long distance relationship NOW so that you have a better chance of succeeding once you’re together!

Truth: LDRs are actually harder than other relationships, no matter how meant to be you or your partner are or aren’t. It’s not really the norm to have to love someone you can’t see every day, so of course it’s going to be hard.

Even normal relationships are hard –there is no perfect “meant to be” relationship out there, whether you’re close or far away from each other. All relationships take work and effort from both partners.

Truth: Unless you have a vindictive significant other, chances are they’re like most people out there: doing everything they can to avoid hurting you. The same way you try your best to avoid hurting them, right? (We hope so!) Distance can cause a lot of misunderstandings and missed social cues. Don’t let a simple misunderstanding hurl you into thinking that your partner did something to purposely hurt you. Blame distance and always assume the best, not the worst.

Truth: There’s a handful of couples out there who don’t believe that you need a plan to survive a long distance relationship. More power to them! However, they are the exception, not the norm. Without a plan or some milestones to gauge where you’re going in your relationship or if you’re making progress, you’re traveling down a long road with no landmarks to let you know if you’re getting close or are super far away. 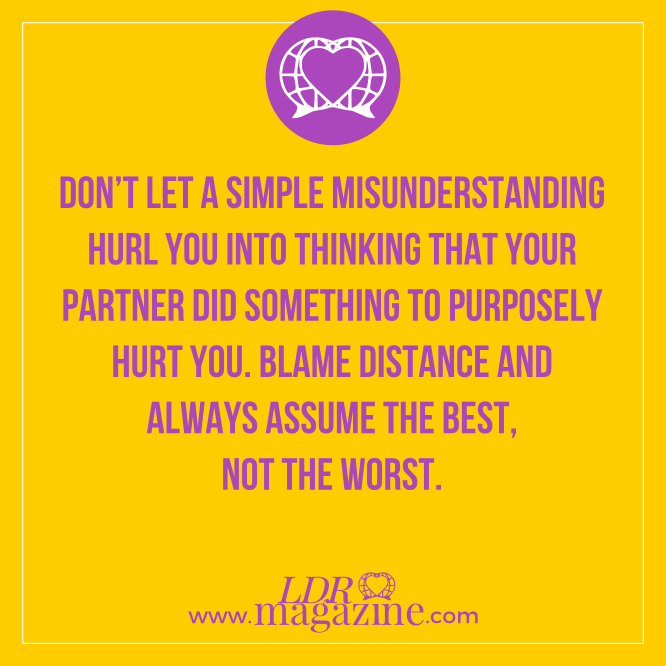 Loving someone doesn’t give you telekinesis or the special power to know exactly what your SO wants. Even YOU don’t have that power. The best way to get your SO to know what you need, is to tell them.

Truth: Disagreements in a relationship are normal. In fact, they can be healthy if done properly because it keeps all the built up tension from getting out of hand. But whether or not your arguments are “normal” depends on not just what you’re arguing about, but, more important, how you argue and how often. It’s okay to argue sometimes, but if it’s all you do –then no, you’re not a happy couple.

Truth: Distance most definitely WILL bother you. That’s like saying a pregnant woman won’t feel the pain of childbirth because that baby is worth it. What?! Distance is a real inconvenience and it’s not something any of us want to do forever. Don’t feel guilty if it bothers you some days, the real object is to be able to stick it out so that the distance really WILL have been worth something special!