Hey, my name is Cass and my SO’s name is Deneece. I live in Canada & my partner lives in Texas. There are 2500 miles between us.

Deneece and I actually met while I was in Texas on business. She was working at the hotel I was staying at and we immediately hit it off. I asked her if she knew of a good place to get a bite to eat in the neighborhood and she told me about a place around the corner called the Texas Chili Parlor.

It looked a bit divey but apparently it was a favorite lunch spot among important Texas legislators.I forgot about it until I was looking for something to eat late one evening and it was the only place in the neighborhood open. I walked in and she happened to be sitting at the bar!

Apparently she had just finished her shift and stopped in with the same idea I had. So we each had some spicy Texas chili and talked until the restaurant was getting ready to close up. We exchanged numbers and now we talk every day. We’ve been dating for just about six months now and its been amazing. Now every time I’m in town we make a point to go back to TCP and split a bowl!

I think being in a long distance relationship has really helped us to get to know each other faster than normal. We text and talk on the phone more than any couple who doesn’t have to worry about distance. If we just went on a date a few times a week at first instead of facetiming for hours, I wouldn’t know all of the amazing things I know about her.

I think long distance also requires a bigger commitment. You wouldn’t go through all of that time alone if you didn’t feel like it was absolutely worth it and that helped us realize how in love we were that much faster. That and our shared love of a good Beef N Cheddar from Arbys, haha!

Obstacles We Face As a Long Distance Couple 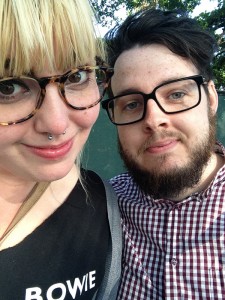 I think the hardest obstacle is right there in the name. Long distance. It’s hard not being able to see her every day, kiss her all the time. We see each other every day but I wish I could take her out more. We really try and get passed all of that by planning for our future. We both know the distance isn’t permanent and we’ll get to be together for real before we know it.

Another issue is that because of some mistakes in her past, Deneece isn’t allowed to leave the country for another year, which puts a lot of the burden of traveling on me. It can be hard but we’ve been fortunate that my company does a lot of business in Texas and I’ve already managed to spend a few weekends with her since we first met! Once this last stretch is over we’ve already planned a sight-seeing trip across Canada so we can spend a long time together and both get to travel.

What I Love About Being In An LDR

Like I said earlier, it has definitely let us get to know each other better. We talk a lot more and we talk about much deeper things than we might if we were in a regular relationship. 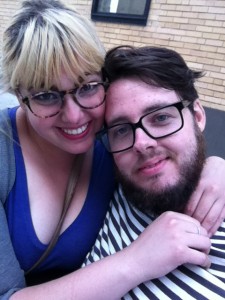 I think it’s nice that the distance also allows us both our independence. Deneece has been really involved in hip-hop dancing for close to a decade now and she appreciates the extra time she gets to spend in the studio on her routines, since her job at the hotel already takes up so much time.

So, while there are obvious drawbacks I couldn’t be happier in my relationship and I know Deneece feels the same. We’re enjoying the benefits of the distance right now and we’ll enjoy the benefits of time together for the rest of our lives.

Well the biggest way is that we both have iPhones. iMessage means neither of us have to worry about international texting charges and Facetime means we get to see each others faces as much as we want (which is a lot).

We’ve also discovered some fun apps to help out with things. We especially like the Couple app’s thumbkiss feature and the Avocado app’s hug feature. Deneece knows anytime one of us is sad they get an Avocado hug and anytime we’re feeling the distance we get a thumbkiss. It’s very romantic and so much fun!