There are countless websites out there built to help people watch videos at the same time over the internet. They’ve singlehandedly eliminated the need to do the “3-2-1-GO” countdown that so many of us are familiar with.

Until recently it seemed like every popular video viewing service had some kind website out there that would allow you to watch “together;” YouTube, DailyMotion, Vimeo, some websites even allow you to upload your own movies and synch them together that way. But despite all of this variety, one service in particular was missing: Netflix.

There have been a few attempts to bring Netflix into the “multi-watching” era. Most notable of these was “Bring Back Party Mode” a petition set up by two developers in hopes of developing technology that would let you sync Netflix and chat with anyone right in your web browser.

While the petition didn’t seem to pan out for those developers, a new service called Rabbit has appeared that does much of the same features they were petitioning for. Now you can watch Netflix with friends online!

Rabbit aims to bridge the geographical gap for Netflix watchers everywhere by allowing users to watch Netflix together at the same time just by using their browsers. 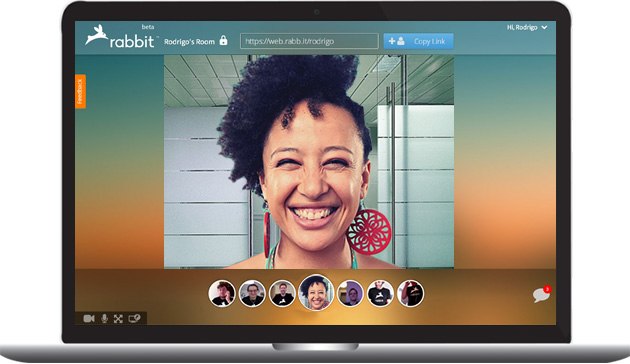 Rabbit has other cool functionality too and is great for sharing documents, playing games, video chatting, co-browsing with a friend, or text chatting if someone doesn’t have a microphone handy. Additionally you can stream videos from Hulu, YouTube and other websites using the same service. Rabbit’s service supports only Google Chrome and Opera web browsers.

No more pausing a million times so you can sync things up perfectly on both ends. Netflix Nights are back & better than ever for geographically challenged relationships. Check it out & watch Netflix with friends online!