The Geeky Guide to LDRs: Who Do We Find Attractive?

Long distance relationships are by no means a recent phenomenon. Perhaps once more limited to naval and army personnel, there is no doubt that there have always been long distance lovers.

But why, as technology has advanced, are long distance relationships also becoming more common? Why do couples stick with their partners despite the hardships of distance?

In this series, we aim to answer these questions using the science of psychology, to give you a greater understanding of the power of love and how we are biologically programmed to defeat the distance.

Our initial attraction to someone is formed in seconds, but can take a long time to cultivate. Surprisingly, one of the most important influencing factors as to whether or not we will fall in love with someone is proximity. Latane et al. (1995) discovered that relationships are more likely to be formed when you share space with someone. This is because of two main influencing factors: accessibility & high expectations of seeing partners frequently.

While, at first, this may seem contradictory to the concept of a long distance relationship, it can actually help explain many. In the USA alone, 4.55 million couples met during college. College is a perfect example of sharing space, whether it is a dormitory, floor, or even just work environment. But the long distance relationship often begins after this initial meeting stage. During the holiday periods, couples will experience temporary separation, and after graduation many couples will move to different cities, states or even countries, maintaining their relationships despite the distance.

The internet has also contributed to these principles, making partners more accessible than ever. In fact, recent theories have suggested that the concept of shared space should be expanded to also include shared cyber-space as the same principles can be applied to the online world, as well as the offline one. The internet has also had some other positive benefits on attraction, as McKenna et al (2002) explains that the internet offers a safe environment in which people can form natural relationships without the effects of social pressure.

In these safe environments, we are more likely to be true to ourselves and display the emotional and physical qualities that make us appear more attractive. One of these qualities is our interests. Studies tend to suggest that attraction is based on shared interests and the theory of complementarity. This is the principle that feelings develop when we are ‘similar enough to share the same core values, but different enough to maintain our own beliefs and interests.’ One social psychologist, Clore, proposed a law of attraction: that our shared values reinforce our perceptions of the world, and our differences force us to re-evaluate our ideals.

Of course, as well as psychological factors, we are also physically attracted to others. While there is much research into what is considered physically attractive, very little research is complementary or conclusive. There are some generalisations that can be made however. For example, men are often attracted to a woman’s waist/hip ratio, wide smiles, large eyes and prominent cheekbones. Women, on the other hand, are attracted to men with a v-shaped figure, with broad shoulders and jawlines.

Where research tends to agree, is the role of long distance relationships in both physical and emotional attraction. No longer do we have to settle for those in our shared space, whether it is accommodation, a work place or town. The internet has given us the ability to find those who we are truly attracted to and create our own shared space online. We can seek relationships with those we love and maintain, or even further them through both cyberspace and our physical presence, due to increased geographical mobility. 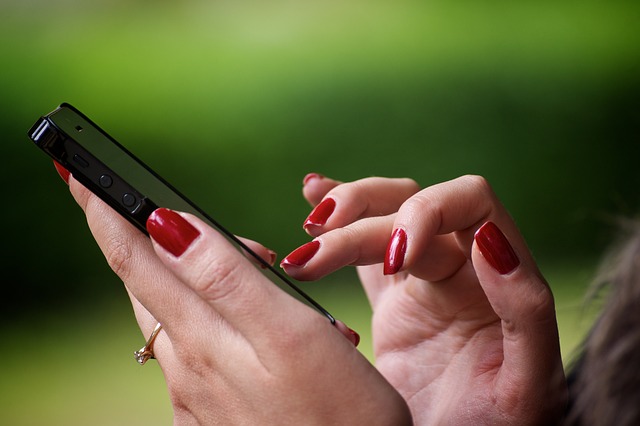 In the modern age, we share more space with friends & family online

There is somebody out there for each and every one of us. And every one of us in a long distance relationship is a testament to that. We prove that as a race we are biologically predetermined to defeat the distance and pursue what makes us happy.

Join us in the second part of our Geeky Guide to LDRs to learn how attraction can grow into love. And don’t forget to leave us a comment with your thoughts on how attraction plays a role in long distance relationships!

Great point about how technology has enabled long distance connections. In many ways, I think long distance enhances attraction. My spouse travels frequently for work so we are apart quite a bit. We stay in touch with text messages and video calling, but the anticipation of reuniting definitely plays a role in keeping our relationship fresh.