It Happened To Me: My long Distance Boyfriend Left Me For A Girl Who Lived Closer

Love hurts but young, naive love can hurt 5 times as much. But with the pain of lost love comes a lot of life lessons and growing up as a person.

It was the summer I remember most and the summer I wish I could forget. I was young and searching for someone who could make my pubescent heart feel whole again. I was a freshman and as much as I hate to admit it, I didn’t have the greatest self confidence and I wasn’t the prettiest girl either to boot. Okay, I was really really awkward.

Thankfully it’s pretty easy to make friends when you look so ordinary and I made lots of friends despite having moved to that city just a few weeks before. 6 months into my Freshman year, I met him through a mutual friend. At first I didn’t care for him and in all honesty I can barely remember how we first met. I guess he just didn’t stand out to me that much but somehow that dork-face totally won me over.

My best friend Chelsey and I were culture-dorks so we spent a lot of time going to art galleries and exhibits when our parents would let us and we spent a lot of time watching artsy movies. For some reason we thought it was so cool at the time. He would tag along with us a lot and eventually some of his friends joined in and it sort of turned into a tradition and became a really big part of our world together. 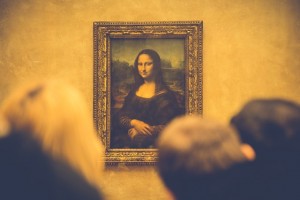 My best friend Chelsey and I were culture-dorks

We were together for 2 years when his parents decided to divorce and then rip him out of my arms and into another world with his dad.

It was really hard. I went from having someone right there next to me who was in all of my classes, who totally got all my dorky jokes and was into everything I was into to being totally absolutely alone. No one should ever have to experience that but I was having to face it alone.

My best friend told me to end the relationship..

but I just couldn’t let him go so I convinced him to do it long distance with me. I mean if we could survive 2 years of highschool together we could totally survive long distance right?

Everything was cool starting off. This is before the fancy schmancy apps and things that long distance couples have today. All we had was expensive text messages on those crappy flip phones and instant messaging whenever we could both be online at the same time.

He lived in California since his dad had actually started dating someone else long distance and wanted to be closer to her during the divorce. Pretty ironic huh?

The first few months were fine but then really weird things started happening. 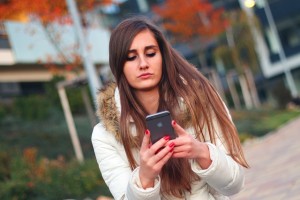 random girls started texting me, telling me how my boyfriend was talking to other girls in school

I’d get random texts on my phone from a girl named Kate who claimed to be a friend of his. In my naivety I believed her and started texting her back, thinking hey a new friend. My boyfriend didn’t deny that they were friends and even said they went to the same school now and he didn’t seem bothered by us talking.

As the weeks went on, I’d get texts from even more girls always wondering how they got my number and why they were texting me. They would claim to be friends of Kate and would message me endlessly about absolutely nothing at all. I was polite and stupid so I never made a big deal about it.

Soon they started telling me how my boyfriend was talking to other girls in school and how he kissed another girl and how he wasn’t being faithful. Of course I confronted him and asked him what was going on and why all these girls were texting me. I still remember the expensive long distance phone call where he said that everything was fine and that they were just friends who wanted to get to know me.

As you can imagine it didn’t last.

One night he just never talked to me again. He never got online, he never texted or responded to my texts and he never answered when I called anymore. I was left with the taunting text messages from Kate and her friends who I eventually figured out I could block from texting me. And just like that he was gone.

I didn’t get any closure, I didn’t get any apologies. He moved across the country, led me on for months and I later learned he ended up with another girl and that Katie was just someone who thought she could break us up so she could weasel her way in between us. She didn’t even end up with him in the end.

What did I learn?