It Happened To Me: I Survived A 5 Year, 5 Country LDR

Our long distance relationship thrived and brought us closer despite the distance. We’ve been happily married 16 years after a five year, five country LDR.

Our relationship thrived despite being long distance. I did it in the dark ages before the Internet when we mainly communicated by letter.

The timing could not have been worse.

Dan was two years older. He was home in Minnesota for the summer after his sophomore year at Berklee College of Music in Boston. After my gap year in Belgium, I would be attending Smith College located a few hours away in western Massachusetts. He was the only person I knew who would be in the same state when I started college. Small world! 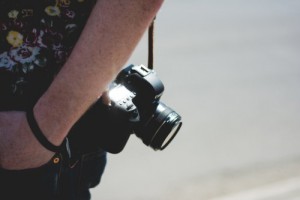 Even though we would eventually be in the same state, I thought we would just have fond memories of a summer romance. I never thought it would last. We would be 3,500 miles and an ocean apart. We had only known each other for a short time. I was leaving home for the first time.

I was only 18 years old. You don’t meet “the one” when you are that young.

I could not have been more wrong. In the days before the Internet, I sent and received a heart felt letter each week. I wrote long epistles chronicling the ups and downs of my time in Belgium. I shared my deepest fears, concerns, victories and accomplishments on page after page of blue airmail stationery. Does airmail stationery even exist today?

I would excitedly check the mail every day awaiting my next letter. 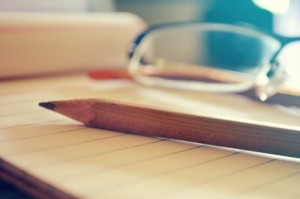 Through our year of correspondence, we got to know each other in a deep way that would not have happened in we were dating each other in person

Despite having gone on only a few dates before I left for Belgium, we had a solid relationship when we reunited a year later thanks to our letters. Through our year of correspondence, we got to know each other in a deep way that would not have happened in we were dating each other in person. This is especially true for two people who tend to be more introverted than extroverted.

We had such a solid foundation from that year of correspondence that our relationship survived four more years of long distance. My first semester in college we enjoyed being only being 105 miles apart. We could talk on the phone almost daily and take the Peter Pan bus to see each other every few weekends. It felt so close!

Inspired by my year abroad, Dan applied for and was accepted to be the first exchange student from Berklee College of Music to attend the Rotterdam Conservatory of Music in the Netherlands. Weekly letters helped us survive this phase. Plus, we had some wonderful European vacations together in Prague, Rotterdam and Switzerland. 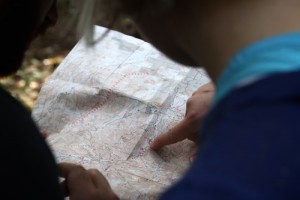 My sophomore year of college we enjoyed our close 105 miles apart in the same state relationship for a year. All was well with the world. Then I went and moved 6,800 miles away to do a semester long exchange in Nagoya, Japan.

One of my favorite letters received included a gift of some fall leaves and flying maple seeds. Plus an emergency phone call when Dan’s apartment was destroyed in a fire. After another semester in the same state, we decided to both try living in the Boston metro area during summer break. It was wonderful! We decided to live together after I graduated from college in a year and the rest is history.

During the five years we dated long distance, we both grew individually with our own important experiences as college students, exchange students, summer interns and our first year in the work force. Through our correspondence, phone calls, visits and special vacations we shared our accomplishments in detail and grew stronger together as a couple. Every time we had to be apart again was incredibly painful. I have memories of heart broken goodbyes from bus terminals, train stations, cars, and front doors. But I also have the same number of happy memories of us reuniting.

We have been married for 16 years.

The challenges of surviving a long distance relationship strengthened our relationship and equipped us with the skills needed to cope with future challenges. We have a wonderful son. The international bug did not go away. After a year of marriage, we lived and worked in Japan (together!) for eight years. We still have all of our letters.

My name is Kelsey Cleveland and I have been happily married in a CDR (close-distance relationship) for 16 years. We survived dating long distance for five years from five different countries (USA, Belgium, Netherlands, Switzerland, and Japan) in the days before the Internet. Our longest time apart was one year and our longest distance apart was 6,800 miles.

A member of LDRBN was sharing your story with other members of LDRBN like myself and I just wanted to say that we are so inspired by your story. It really give us hope!