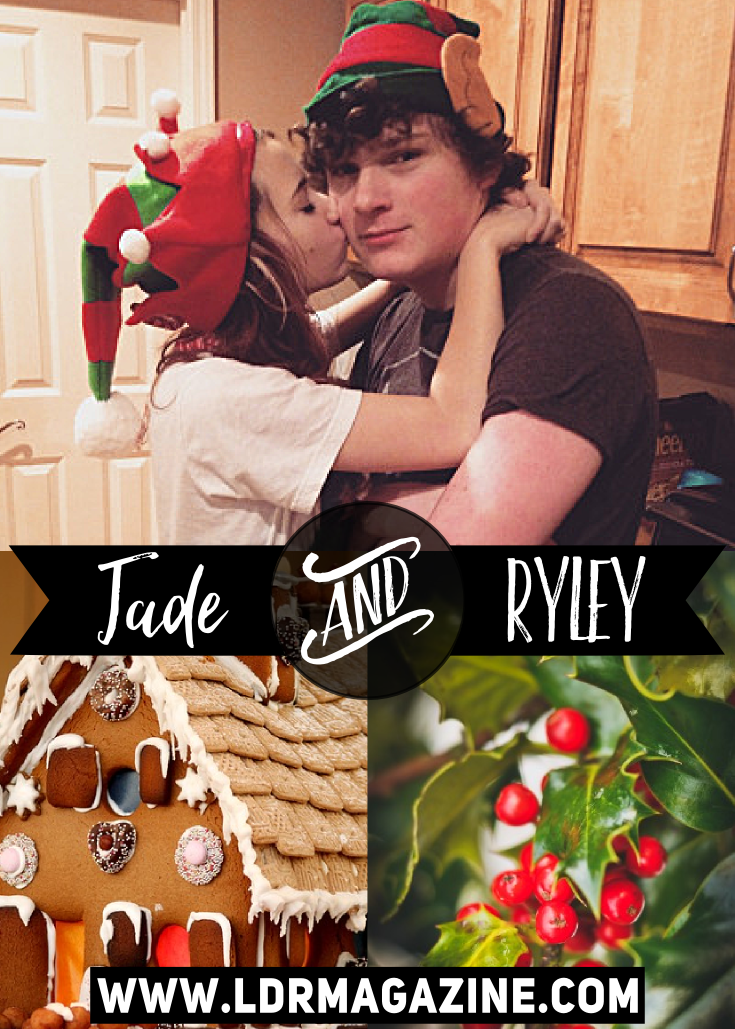 Hello! My name is Jade and my partner’s name is Ryley. I live in America and Ryley lives in Australia and there are 9,203 miles between us. This is our long distance love story!

Ryley and I have been at the long distance thing for just over three years now. The story of how I met him is one of the most complicated things I have ever tried to explain to people. Its like it never comes out right. I can honestly say, I’ve never seen a story start out the way of mine and Ryley’s.

On Tumblr in the summer of 2011 I met a girl who would become a friend and then a lost friend and we were close in an instant. She was my best friend for quite a few months.

We would stay up for long hours of the night Skyping and talking on Facebook. But one night on Skype, my life got flipped upside down. 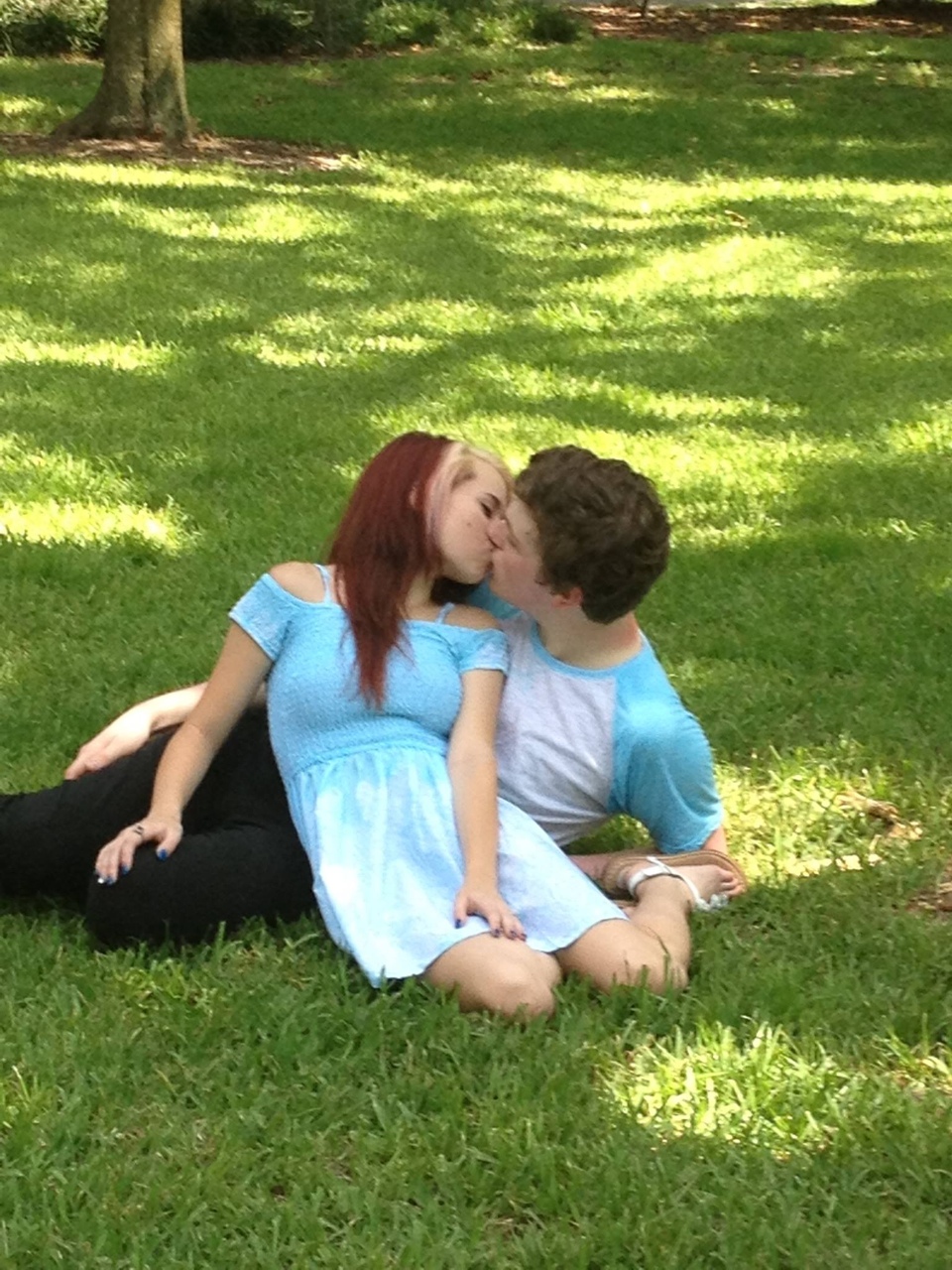 She had recently broke up with a guy who was trying to win her back, at least I think that’s what he was trying to do at the time. Anyway, she was starting to complain about him messaging her on Facebook while she was trying to talk to me. So, I told her to tell him I said to simply go away.

However, he responded with, “I bet she’s ugly.” At this time me and the girl were close and she stuck up for me, even sending him a link to my Facebook profile. Then I got a friend request from him and she got a message saying, “Okay. She’s not ugly.”

I found out Ryley and I had a lot in common and that following New Years Eve, I told him how I felt and our relationship has just gone from there.

Q: What are the obstacles you face being in a long distance relationship?

The biggest problem we first had in the relationship was friends/family. We were both so scared to mention our status with anyone, we were just a secret for almost two years. Then after telling everyone, it was the judgement of being with someone you met online. That sucked a lot. But we never let it get in the way of how we felt about each other.

Another thing that’s had some affects on our relationship is the time-zones. Ryley lives in Australia so he is all 13 or 14 hours ahead of me. (The part of Australia that he lives in doesn’t do time changes.) When I was getting up for school, he was getting ready for bed. When I was getting home from school, he was getting up for school/work. It made the communication thing very hard for us. It was almost as if we were never talking. However, now I do school online so I can work at my own pace. It actually helps more with us having more time to talk and my grades.

Q: So, aside from those obstacles, how has being long distance shaped your relationship with Ryley?

It definitely made things harder for us both at first. I was only 13 when I met him and he was 15. It was way too young to be what people considered a real relationship. But we’re still together three years later. He’s even made two trips to see me just this year. 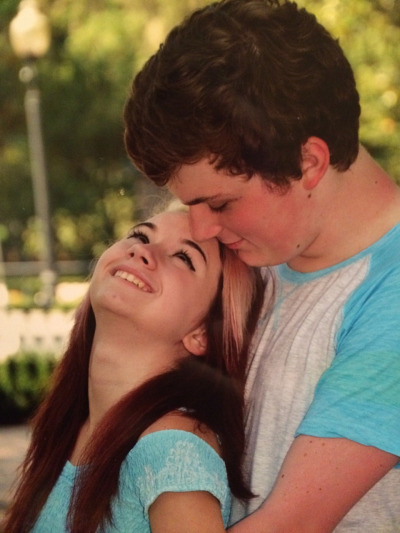 Q: We all know that the distance sucks but if you had to think about it what are the things you love most about being in an LDR?

Ever since his first visit, the distance feels so much harder than it did before we ever met. However, it almost feels more natural to me.

The best thing about the distance was that I was able to get to know what he was really like. I was able to fall for who he really was, just like he did with me. We had no sexual relations before we had met, he respected my choices for none of that. It was nice to have a much more intimate moment than I would have had with anyone else, while he was here. It made everything much more perfect and special while he was here. No matter how many trips he make, they will all feel just as special.

Just like most LDR couples, we text and FaceTime. Within the past year, I have spent a lot of my time sending him cards, hand written letters, care packages, ect. in the mail just as a reminder for how much I love him. That’s my favorite way to talk while he’s gone. It feels so fuzzy inside when I get a text from him saying he got something from me in the mail. I love how happy it makes him.

Communication. Its so important. Make sure your partner knows exactly how you feel about everything in your relationship. No one is going to understand more where you’re coming from than they will.

Never lose hope in a relationship, stay positive. I know it seems hard sometimes but if you’re not putting your all into this relationship it will much harder to with hold. And, we all know, after the distance is closed all the waiting and all the distance will be worth it.