Why Do LDRs End When The Gap Is Closed?

Recently, The New York Times posted some hard numbers about long distance relationships.  They quote two separate studies from Ohio State University that show that 82% of LDRs end after ending the distance, and a third of those break up within three months of closing the gap!

Before you freak out, let’s examine some reasons why.  First, the study of long distance relationships are very limited.  Both studies were lead by Laura Stafford, who has done a lot of great research on LDRs over the years.  But most studies on LDRs use college undergraduates.

The reason for this is that they are extremely accessible to researchers, and is a common limitation in academic research.  It also helps that anywhere between 35-50% of college students are in LDRs.

While I can’t say I’ve read every single study on LDRs, in June 2013, an article published in Family Process entitled “Relationship Quality, Commitment and Stability in Long Term Relationships” touted itself as the first study on LDRs not to use students exclusively, instead using  a diverse sample of unmarried adults ages 18-35.

If that’s true, that means we do have to take the college sample studies with a grain of salt; unless you are an undergraduate, it may not apply to you.  And even their study excludes married couples and military families, so many factors and special circumstances are left out of the equation. 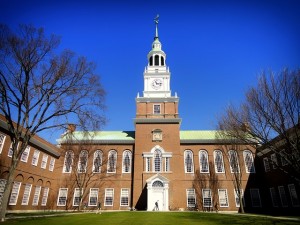 College is a time of your life where you’re learning a lot and changing as a person.  It would make sense that when you move home, or move to be with your partner, you find that you’re not the same person and maybe they have changed as well.

Graduation is also a turbulent time; you’re looking for employment if not starting a new career already, and maybe paying back student loans.  While I haven’t seen numbers, it does seem like a lot of breakups happen shortly after graduation, regardless of geographical closeness or distance.

There are of course a lot of other potential problems, such as the halo effect common to many LDRs.  This means that many people in LDRs tend to exaggerate the good qualities of the relationship and downplay or deny the bad qualities.

When you finally close the gap, the problems you have pushed away for so long become much more obvious and you finally have to address them.  It is easy to idealize your LDR, especially when so many people seem to believe all LDRs are doomed to fail, and you want to prove them wrong.

There are also the normal issues of moving in together; suddenly issues such as bills, budgeting and chores come into the equation, and moving is a stressful nightmare all on it’s own.

Many couples regardless of distance break up after moving in together.  So it is likely that the high break up rate after beginning cohabitation  is pretty consistent between LDRs and non-LDRs.

So keep realistic expectations of the stresses of closing the gap, and don’t underestimate about what a huge transition that is.  But don’t look at these numbers and feel like your relationship is statistically doomed. We still have a lot of research to do, and by being informed you improve your chances of being among the couples that make it last.